The seed pattern to draw a labyrinth, more exactly said the walls, is well-known since centuries. Indeed, we do not know from whom it comes; when and where it was created. 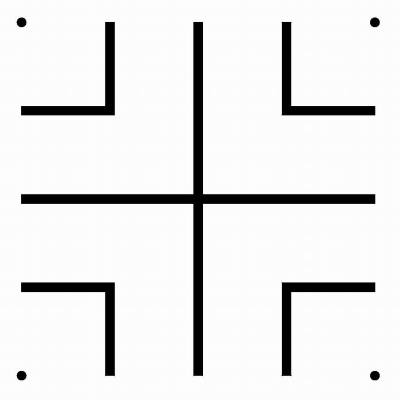 The seed pattern for the walls

With it the walls can be quite simply determined (to this the post: How to draw a Classical Labyrinth). The real way is marked by these boundary lines and is the empty space in between. The path on which one walk in a labyrinth is therefore not to be seen ordinarily. This way is also called Ariadne’s thread. It is an uninterrupted line.

Now Gundula Thormaehlen-Friedman has discovered the seed pattern for the drawing of Ariadne’s thread: 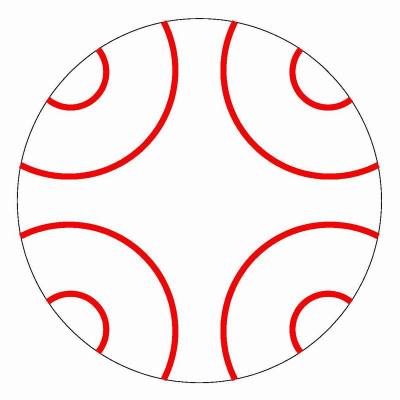 The seed pattern for Ariadne's Thread

I had got to know from her instructions for the drawing of Ariadne’s thread already last year, but however, I didn’t realize the significance of her discovery or invention.
This has first done Andreas Frei, a Swiss labyrinth theorist when I may call him so. He is engaged in the up to now known historical labyrinths and has developed an own system to classify the different labyrinth types. He is writing about that in Caerdroia and above all on his website (in German): Das Muster im Labyrinth (The pattern in the labyrinth).
He has recognised the potential in the method to draw Ariadne’s thread introduced by Gundula Thormaehlen-Friedman and has presented the seed patterns for the 17 historical one axis labyrinths which he describes on his website. He translates the common English “seed pattern” with the German term “Keimmuster” (Germ pattern).
For more information (in German) go to “Keimstruktur” on his website.

Here some seed patterns (© Andreas Frei) from Andreas Frei; with his friendly permission:

One must fix only the centre (the thick point) and then connect the ends of the inner arcs from right to left and vice versa round this point. Then an end is left, this is the entrance.
One can draw, by the way, the whole thread at one haul. You start in the centre and follow the curve inside the pattern and then go outside to complete the arc to the corresponding end of the arc on the other side, follow the next arc inside, and so on to the end which is then the beginning. Best of all you try that with pencil and paper (and if necessary with a rubber). 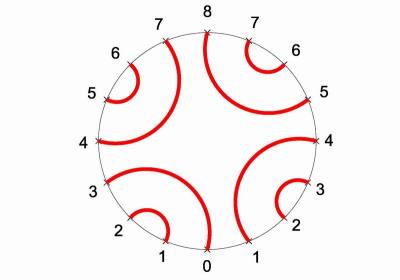 Gundula Thormaehlen-Friedman suggests numbering the curve ends. In the 7-circuit classical labyrinth she starts in the centre on the top with “8” and then goes downwards on each side right and left to “1”, or “0”; this is the entrance. Then one must care only to connect the ends with the same numbers. Also this can be made at one haul.
When numbering from the outside inwards (1 for the first circuit, 7 for the last) the known sequence of paths arises 3-2-1-4-7-6-5-8, the rhythm or the melody of the classical labyrinth.

How to draw a Classical Labyrinth

1 thought on “The Seed Pattern for Ariadne’s Thread”