The Dutch Maze and Labyrinth Symposium 2011 was in Eibergen, not far away from the labyrinth built in 2003 by the Scottish land artist Jim Buchanan. He used the square labyrinth design known from a Cretan coin, dated 430 – 350 B.C. 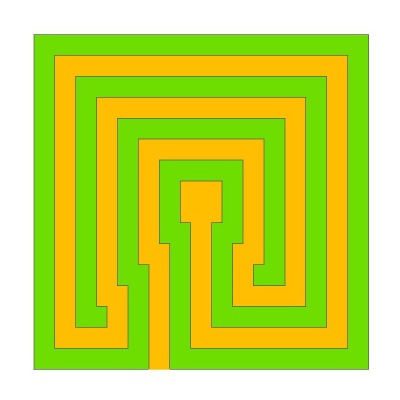 The artwork is at the place of the former castle of Mallem from which only the moat remained. In these historical surroundings Jim Buchanan has created the labyrinth by commission of the Rouffaer-van Heek Foundation as earthwork. The plateau covers 35 x 35 m with three right-angled circuits leading to a small circular tower in the centre. The rotunda is half in the earth, but open to the sky. The earth walls are about 1.50 m high, the pathways length amounts to 270 m.

Jim Buchanan was one of the expert speakers at the symposium. At the end of the first day there was a walk to the labyrinth with a special event. He had transformed the small rotunda into a camera obscura.

Here some impressions from the event:

.
One can perceive the labyrinth very good in Google Earth:

I would like to draw your attention to the following event:

The Dutch Maze and Labyrinth Society organises on June 2 and 3, 2011, a symposium in Eibergen/Mallem in the Netherlands.

The Thursday, June 2nd, 2011, will be a day of lectures by expert speakers on labyrinth and maze design, history and applications, such as Martin van der Gaag, Marius Voet, Willem Kuipers, Jim Buchanan, Ruud Haak, Oskar van Deventer and Jeff Saward.
I the evening a Labyrinth illuminative – performance is put on by artist Jim Buchanan in “his” labyrinth nearby.

The labyrinth of Jim Buchanan in Mallem/Eibergen is situated  near the site Het Muildershuis, and can be recognized very good in Google Earth.

In the interactive map you can also navigate to the meeting place (about 450 m to the south, on the water) and to the closer or further environment.

On Friday, June 3rd, 2011 two guided tours are offered.
A route along mazes and labyrinths in the eastern part of the Netherlands, the second a route along Dutch church labyrinths from east to west.

The basic registration fee is 60 €.

Journey and accommodation is to be organised itself. Support is offered.

Details on programme and registration can be found in this online flyer: http://www.xs4all.nl/~gaag/DMLS/Flyer_DML_Symposium_june2+3_2011.pdf

More about the Dutch Maze and Labyrinth Society you get to know (in Dutch and partial in English) on her website Stichting Doolhof en Labyrinth. 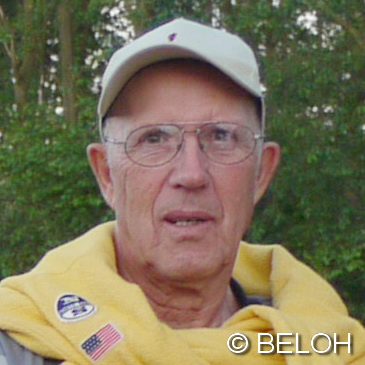