And vice versa: How to make a Wunderkreis from a Babylonian visceral labyrinth.

That’s possible, at least with the Babylonian Umma Labyrinth.

The essentials of a labyrinth ly in the course of the pathway expressed by the level sequence, not the external form or layout. More exactly Andreas calls this the pattern. 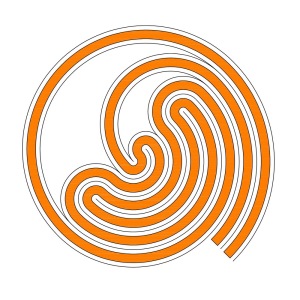 The Umma labyrinth has two turning points surrounded by two circuits each and a meander in the middle. The two entries ly outside. There is only one, unequivocal way through the labyrinth.

The Wunderkreis has a double spiral in the centre and two other turning points with arbitrarily many circuits. Besides, a side has a circuit more than the other. The entries are in the middle section. 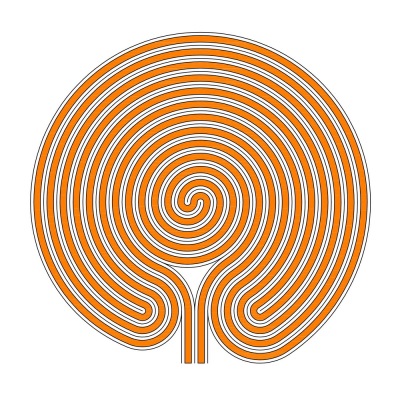 In order to indicate the single developing steps I first transform a “completely developed” Wunderkreis into the smallest possible version.

It looks thus: A meander in the middle and two other turning points with a total of three circuits as to be seen in the labyrinth type Knossos.

To be able to compare this small Wunderkreis to the Umma labyrinth, I lay all centres (at the same time the ends of the boundary lines or the turning points) on a single line. Just as if I folded the triangle built from the turning points.

Both entries are here in the middle section, in the Umma labyrinth they are outside and side by side. Besides, there is one more circuit on the left side. Now I add one circuit to the figure and the entry will change to the outer side on the right as well.

I now turn the second entry to the left side. As a result, the two entries  point in different directions. 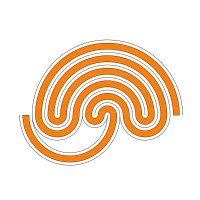 The two entries outside

Hence, I turn the right entry completely to the outer side on the left beside the left entry. As I do that geometrically correct, two empty areas appear.

The two entries side by side

Now I extend both entry paths by a quarter rotation upwards and turn the whole figure to the right by some degrees . Thus I receive the complete Umma labyrinth.

If I want to develop the Wunderkreis from the Umma labyrinth, I must leave out some circuits, turn the whole figure and finally raise the middle part.

The supplements made in the preceding steps are emphasised in colour. The nucleus of the visceral labyrinth contains the Wunderkreis.

Surely the Wunderkreis as we know it nowadays was not developed in this way. There are no historical documents to prove that. However, in my opinion the relationship of both labyrinth figures can be proved thereby. They are not simply spirals or meanders. These elements are rather included and connected in a “labyrinthine” way.