I have shown with the example of my demonstration labyrinth how the pattern of a labyrinth can be obtained. This was a one-arm labyrinth. Of course, it is also possible to transform labyrinths with multiple arms into the rectangular form. 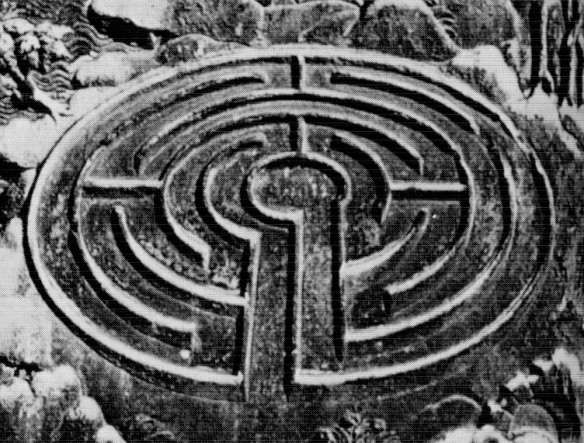 I will show this here with the Compiègne labyrinth as an example (fig. 1). This is a labyrinth with four arms. It is presented with the walls shown. Erwin has already used this type of labyrinth in this blog (see related posts). In order to obtain the rectangular form, I will use the Ariadne’s Thread and apply method 2, as usual. 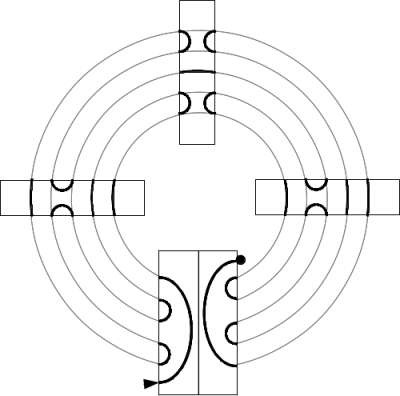 Figure 2. The Ariadne’s Thread, situation of the arms

Fig. 2 shows the baseline situation. The labyrinth is represented by the Ariadne’s Thread with the entrance at the base and in clockwise rotation. The main axis and the side-arms are highlighted. 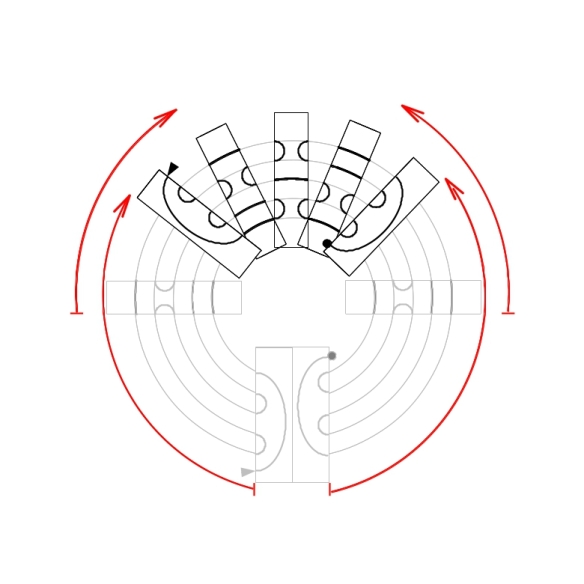 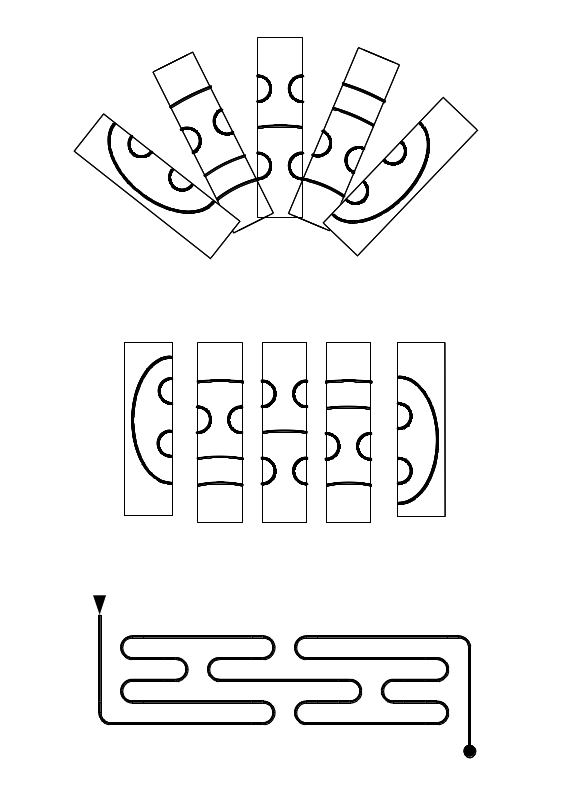 Figure 4. Finalization of the Pattern

Fig. 4 shows the straightening-out process and, as a result of it, the pattern of the Compiègne labyrinth.

4 thoughts on “The Pattern in Labyrinths with Multiple Arms”